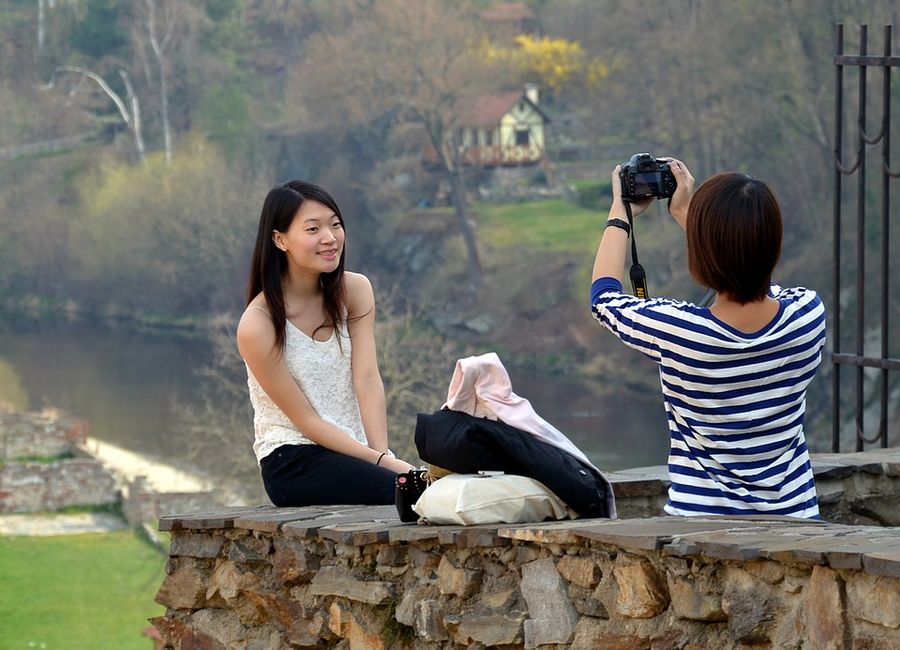 A properly asked question gives you a better insight in the other person’s way of thinking. That is what I realized when at the end of a tour I asked my group whether they had any questions.

– If we asked you a question, you’d immediately know how much we don’t know or understand.

– Don’t worry, I don’t understand many things either!

Asking the right questions is a pre-condition for understanding and that is why it is important to have interactive communication that, in my opinion, makes the essence of the job I do. You can see attitudes, needs and interests in a question. Everything else depends on a current inspiration, mood, circumstances etc.

Side by side with it goes non-verbal communication, when in a single second someone’s facial expression changes, when they look away or change the tone of their voice.

And that non-verbal communication is the secret of my guests from Japan. Their smiles, looks, shyness, modesty, diffidence are a mystery to me. Their fear of being robed is probably caused by their bad experiences. They tend to ask you a few times: “How safe is it here?”

I have the impression that the Japanese cannot wait to come to Europe. They count their visits. “This is the fourth time I’ve been to Europe.” They always list the countries they have already visited. Their impression of Europe is more mythological than real. Europe seen by the Japanese is an illusion. Sometimes I think that they come to Europe only to shake hands because they do not do it at home. They shake hands like small children learning how to do it. They take my right hand with their left. That handshake lasts much longer than usual. Ladies usually have writing pads and not down everything they hear or find interesting. City viewpoints are their favourite place. Apart from standard photographs, the Japanese like taking photos of people in the countries they visit. In our country those are: moustached singers of traditional epic songs, ordinary passers-by eating popcorn, a basketball game in Kalemegdan, a couple in love kissing or street souvenir sellers.

But what makes them different from other tourists and happens to be their unique characteristic is – Japanese women. They are a model of sacrifice for their husbands.

– Thank you very much.

At the moment she gives him the water, I notice non-verbal communication – she bows with a smile because of a well-done job and her happiness about satisfying her husband’s needs. That sweeps me off my feet. You must understand the values of other cultures. I would like to be a Japanese husband just for one day – on a holiday, at that.

Japan is one of the greatest donors in our country. In Belgrade there are Japanese city buses. The notice “The donation of the people of Japan” both in Serbian and Japanese is accompanies by the Japanese flat. How delighted they are when they see a Japanese bus passing by. They immediately take photos and wave to the people on the bus who then wave back. It is as if they have seen an old school mate they have not met since the graduation party.

During our walking tour of the city we come across a group of five-year-old children reciting the poems in the city park. They are probably practising for a school celebration closely watched by their kindergarten teacher. At that moment my guests take out their writing pads and repeat the Serbian greetings I taught them. Their pronunciation makes the children laugh and in turn they start behaving in a silly way. The children laugh even louder and my guests record them. One of them is even familiar with mime techniques. He does not say anything but his body, arms and face tell a story. The children are surprised. The point of the mime is to put the body under conscious control. This is the first time these children have seen a mime. “What’s he doing? What’s this? Look at him! A small man! He’s fooling around!”

At that moment I remembered a mime game from my childhood. A domestic movie, fie words, one conjunction. First word is the imitation of a dog barking... I know that movie. It’s The Dog That Liked Trains!

It is almost the end of the first day with my Japanese guests. Tomorrow I will be with them the whole day.  The Japanese guide calls me to ask me a question, asking me to prepare well for it until tomorrow.

The question is: “What is it that Serbs do best – so well that the others couldn’t copy them?” “The others” probably referred to the Chinese. This was like a million-dollar question in a quiz show.

What a homework assignment! I was completely puzzled. When I got home, I phoned my friends, colleagues, relatives and all those likely to help. Should I call a neighbours’ meeting?

The following day, as soon as we got together, I admitted not being able to answer the question on my own. That is why I had to call twenty-odd people and our joint conclusion was that we were best at dancing a traditional “kolo” dance. We were absolutely the best at it and no one could copy us.

I promised to show them the basics of the dance after our lunch in the restaurant. I took my task seriously and I had a CD with the folklore dances from all parts of Serbia.

– Please tell them they have to feel the rhythm. They aren’t keeping up with the rhythm. It’s so hard for them.

Well, let them try hard when they know how to ask hard questions, I thought to myself.

We also have had the audience – the passers-by gathering to watch the Serbian teachers and Japanese students while I was holding the remote control unit and, now in the role of a DJ, repeated the same “kolo” on the CD because that was the only one they could follow.

One of my Japanese guests asked me if I had previously arranged this dancing show with the restaurant manager.

If I told him “no”, would he have believed me? So I just smiled and let him think whatever he liked. 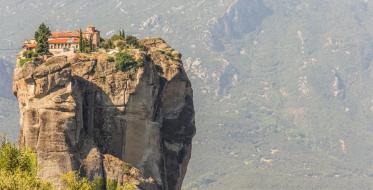 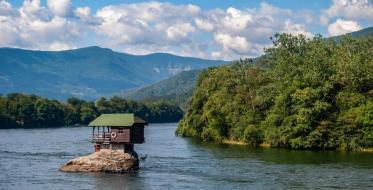 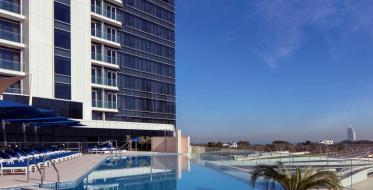 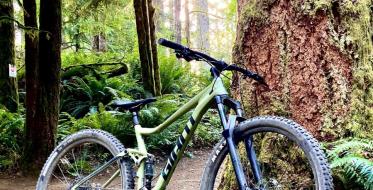