Navigation
Home » News » Restaurants
Other categories:
Tourism
Hospitality
Restaurants
Where is who?
Fairs
Conferences
Education
Others

At the heart of Belgrade's Slavija settled “Vračar’s bloke” – Saint Ten, a boutique five-star hotel. With great guests’ reviews for architecture, design, service, cleanliness, hospitality, and wellness... this hotel has also received a high grade for the kitchen where, like an alchemist in his laboratory, the head chef Marijo Dardić creates.

Since the opening of Saint Ten hotel in February 2017, 32-yearold Marijo Dardić has been thehead chef, who has already managed to create his distinctive style, thanks to which the kitchen at Saint Ten hotel has been receiving more serious praise not only from very demanding guests, but also from the representatives of the profession. he started his starry journey from the Belgrade’s Secondary hospitality and Tourism School, he worked at Tikas restaurant, where, by his own confession, he found himself and decided what he would further do.

- When I decided that the essence of my concept is a blend of our traditional and modern cuisine (smaller portions, presentation of dishes on a plate, more details, colour diversity, flowers...) – this was definitely a turning point in my professional life – says Dardić.

He continued his journey at the hotel Prezident in Sc Kovilovo, then at the Aquastar hotel in Kladovo, in order to get back to the Tikas, richer with knowledge and experience, where he spent two years. Then he goes to the restaurant rustik in Belgrade's Senjak, and then he came completely ready to "the most beautiful hotel in Belgrade – Saint Ten“.

Thanks to the hotel’s owner Miroslav Micić, marijo has spent some time on the internship at the renowned Swiss restaurant with 3 michelin stars in Hotel de la Ville in Crissier, near Lausanne. “There I found inspiration, new ideas; I discovered what the quality of food really means; I learned how to choose products that are delivered to the restaurant and more. Then I realized that the elegant Saint Ten hotel fully fitted French cuisine (recognized in 2010 as an intangible cultural heritage of mankind).

- With this knowledge we started to work from the opening of the hotel. Like every leader in the kitchen, I try to personally go to a supplier or to the market (often Kalenić's market because it is close to us). We have friends of the house that supply only meat, others, for example, deliver flowers and micro plants twice a week (peas, radishes, coriander ... which they have just begun to grow)...

The trademark of the hotel cuisine and the hotel is French soufflé - chocolate soufflé, otherwise known as extremely difficult to prepare. It's done manually, as our grandmothers used to do. And how delicious it is, the best testimony is the recognition of a guest who openly admitted to the chef that he had travelled the whole world, had tried everything he could, but he had to return to Saint Ten to taste the chocolate soufflé again!

- In our kitchen we work as a team: the hotel is small, but people are big – emphasizes the chef - We make a selection of menus together and we already have good results and many praises. I always try to get out to the guest and, by asking him questions I decide which food is best for him. I call it „Let’s dance“. From time to time, we do the testing menu - we serve a little bit of everything to allow a guest to get to know what we do and to present his observations about food samples. Such observations are extremely valuable for us, as they can be good guidelines for creating new menus – says Dardić.

His biggest award, he acknowledges, is exactly the place of the head chef at Saint Ten Hotel. Expecting to visit Swiss restaurant with three michelin stars once again, Marijo Dardić, who sees himself as the leader of his team, says:

- My plan for the future is to lead my team so that Saint Ten Hotel and Belgrade finally get their first Michelin star! 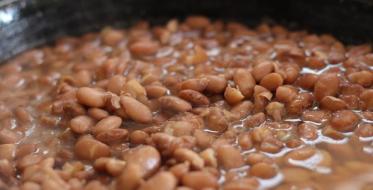 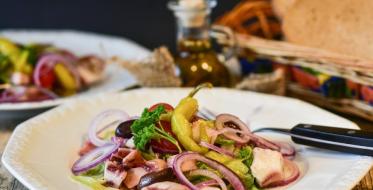 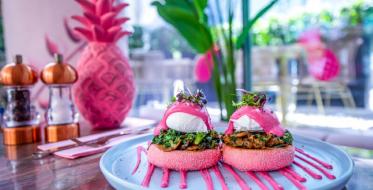 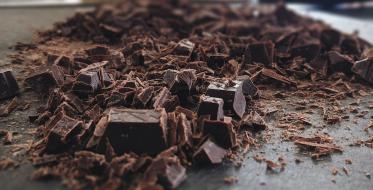