Hotels and libraries: Reading salons – the forgotten symbol of prestige

Modern hotels, regardless of category, can hardly be imagined without fast internet, satellite television and modern TVs. If it is a hotel of high category, it is obligatory to offer a luxury spa, swimming pool, fitness room and gym, as well as congress halls. Yet, the most luxuriously equipped space in a hotel was not a presidential suite or a prestigious restaurant, but a library or a reading lounge. Is it possible to include in today's hotels offers the contents that marked the hotel architecture in the past (not so faraway), that are in some way forgotten in the modern hotel industry?

Numerous examples around the world indicate that there is a clientele worth of revitalizing or returning libraries and salons to a hotel's offer, either through their original forms, or as contemporary spaces and contents. Here is the situation in neighbouring Croatia.

Modern purpose
Worldwide, we can find highly visited and famous hotels, which have traditionally preserved their libraries from the original time and have made an attraction from that. Some of the world famous examples are The Jefferson Hotel in Washington, Ballyfin Resort in Ireland, La Réserve Hotel and Spa in Paris and Temple House hotel in Chengdu, China. Within these hotels, libraries occupy a significant place. In terms of design, most of them retained their historical shape, with very valuable pieces of antique furniture, even after reconstruction. However, some of these libraries are refreshed by elements of modern interior and equipment, as well as new book titles.
Apart from the traditional understanding and furnishing of the hotel library space as a separate space with shelves, armchairs and fireplace, books can be offered to guests in other places and in a different way.

In hotels in the world and in our region, the trend is for the lobby to be designed as a multifunctional space, where in separate ambiences we can sit with a laptop or a tablet, drink coffee with friend, or read a book or newspapers in peace. As it is also followed the trend to imprint the tone of “home atmosphere” through interior design, there is also a place, besides accessories, such as rugs, pillows and lamps, for bookshelves, like a home library. By introducing a certain number of books or digital books into the offer of a hotel, a library within a modern hotel could become more than a decorative element in the interior.

Studying trends of past times, as well as modern tourism, one should not ignore the theme journeys organized to visit famous libraries, or see rare books, as well as the trend of designing of themed hotels. The following examples show these trends.

Theme hotels
Hotel Library Amsterdam is an example of a simple, not so luxurious but interesting hotel. It is located in a reconstructed historical building across the Central Library – Openbare Bibliotheek. The site has named the hotel and has inspired to include in the offer its own modern design library with an interesting book selection.

An example of a hotel, whose theme is focused on books, stands Library Hotel in New York within the luxury hotel chain Library Hotel Collection that, apart from offering a large number of titles, goes a step further and organizes accommodation units according to the system of arraignment and organization of books in libraries.

Theme hotel The Literary Man in Portugal, devoted to book fans, was opened in 2015 with more than 50.000 book titles that can be found everywhere – on the walls, in a wine cellar, in night cabinets in the rooms. This hotel also has the largest number of books in the world, although this number is constantly growing.

Hotel Hazlitt’s in London is designed in the Victorian style, and its theme was inspired by the master of English prose, William Hazlitt.

There is also hotel Book and Bed in the northwestern part of the Ikebukuro area of Tokyo, where the beds are hidden behind bookshelves, and guests have the opportunity to read in the bed.
Then, The Library – luxurious hotel on the Chewang beach on Koh Samui on Thailand, which offers its guests, among other things, space for reading, walking and contemplation.

In today's book’s digitalization, it would be good to include a library in the hotel offer, even if we don’t have enough space or books. Perhaps potential customers will decide exactly for a hotel that offers them something more valuable than instant information that each of us can find on the Internet.

In today's tourism offer of famous destinations in Croatia maybe libraries, their wealth and everything they can offer, are neglected. In most surveys, attention is mainly focused on and devoted to statistical data on tourist traffic, such as the number of arrivals, overnight stays, consumption, income etc., and very little attention is paid to the cultural needs of tourists and their reading habits.

If we look about a hundred years back, in the time when tourism development first started at the attractive tourism destinations, it is evident that libraries had an important role in the tourism offer.  Tourists needed libraries to get to know the destination and its surroundings, but also to meet their own cultural needs. That is why the newly planned tourism destinations, like Opatija, built library buildings for the needs of tourists. This means that tourism development planners thought ahead, reflecting on the cultural and intellectual needs of tourists, and tried to satisfy them as best as possible, taking into account all their needs, and therefore the need for reading.

It is interesting that, knowing the importance of libraries for tourists, besides building libraries, the larger hotels in their advertisements highlighted salons for reading, socializing, smaller music events... in order to make the tourists relax and socialize in a pleasant ambience. We can see all this if we look into the old tourist guides of Opatija, Brijuni, Lošinj, Split and Dubrovnik, but also the destinations on land – Lipik and Daruvar.

Thus in Opatija a new beautiful building of the library and reading room was built in 1897 according to the project of Adolf Tichy, which was designed in a historical style. And exclusive hotels such as Quarneo, Bellvue, Imperial, Quisisana and others, in order to show themselves in the best light and attract more guests, emphasized in their advertisements that among the other amenities tourists can use reading rooms with books.

Other destinations in the Adriatic, but on the mainland as well, were aware of the importance of libraries and the need to emphasize the possibility of using them in their advertisements, so reading rooms were also advertised at well-known Alhambra hotel in Lošinj. Hotel Imperial in Dubrovnik was also telling tourists that, among other things, they could use reading facilities. Exclusive Brijuni also offered reading spaces. 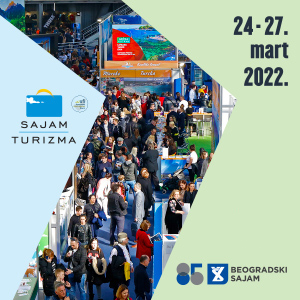